What Happens if You Eat Too Many Mushrooms? 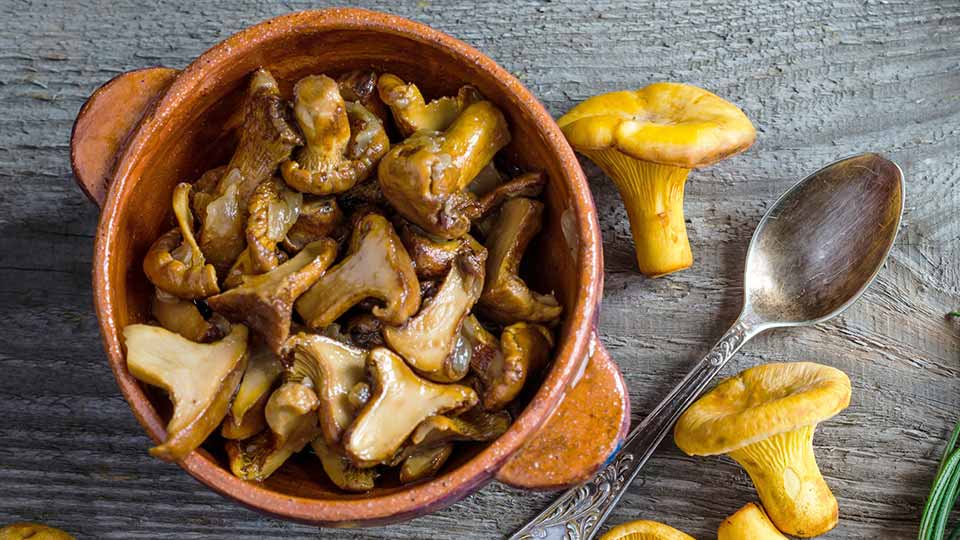 Mushrooms are nutrition-packed all-natural food that can have many beneficial side effects, from immune system boosting to anxiety management. But, like all things, there is always the question of how much is too much. Can you eat too many mushrooms?

As is the case with most foods, you can certainly eat too much mushroom, and the effects of doing so can range from irritated or obstructed guts to vitamin overdosing. If you really go overboard with your mushroom consumption, you could find yourself gaining weight due to the additional calories.

Of course, it is always important to know as much as you can about what you are eating. For example, psychoactive mushrooms have far potential to be damaging than regular edible mushrooms. Similarly, some mushrooms are packed full of nutritional value but utterly inedible and require alternative ways to extract that nutrition for your enjoyment.

The key with mushrooms, as with all things in life, is keeping things in reasonable quantities. For most regular edible mushrooms—psychoactive mushrooms not included—you should be fine enjoying as much as you like as long as what you like isn’t over the top. Having a healthy helping of mushrooms with your meal twice a day should be fine. Having a full mushroom platter three times a day almost every day may result in a range of health concerns.

It is also worth noting that for most people, their own preferences will take care of this moderation. With few exceptions, we humans can only eat so much of something before they get sick of it and no longer want to eat anymore. With mushrooms, there is a good chance you would reach this point before you could eat enough to actively harm your body. Still, it can’t hurt to make yourself aware of the nutritional information regardless.

Is it Better to Eat Mushrooms Cooked or Raw?

Many mushroom lovers harbor concerns about cooking mushrooms resulting in a noticeable loss of all that natural goodness that is often one of the primary reasons that people seek out the fungus in the first place. After all, what is the point in getting hold of a nutritious plate of fungal goodness if you’re going to boil away a big chunk of those beneficial nutrients?

The truth is a little more complicated, however. For one thing, whether or not you lose nutrients depends on how you look at it, since cooking does, in fact, boil away some of those desirable elements of the mushroom, such as B vitamins, but it also increases other elements, such as vitamin C. Taking a broader view, cooking mushrooms does cause it to lose more of its nutrients than it gains, which would seem to suggest eating them raw is the way to go.

Here’s where it gets a little complicated.

Among the things that are lost during the cooking process are hydrazine and a kind of naturally occurring formaldehyde, both of which are carcinogenic compounds. They are heat-sensitive, so cooking your mushrooms rids your fungal treat of these nasty compounds, but you do lose some of the other more desirable elements as well.

In our opinion, cooking is the best way to go. A cooked mushroom is still packed with nutritional goodness, and if you’re concerned about those lost nutrients, you can always pop an extra mushroom into your mouth to make up the difference. Cooked mushrooms lose a lot of their water content, making them smaller and less filling, meaning you can eat more of them. By adding a few extra cooked mushrooms to your dish, you can make up for those lost nutrients, but you can’t do anything about the carcinogens in your body if you eat them raw. 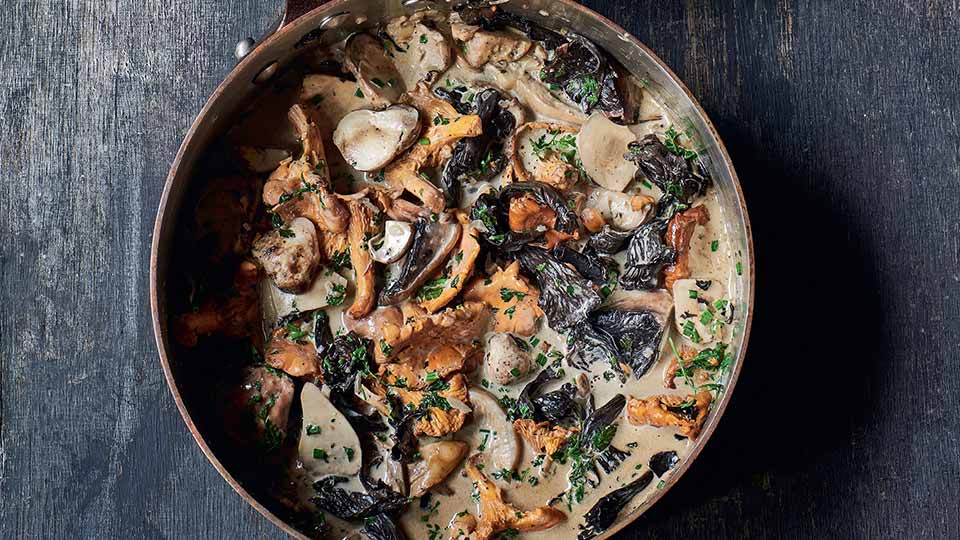 How Many Mushrooms Can I Eat a Day?

Mushrooms may be full of natural goodness, but nothing in nature is without limitations. The first barrier to stuffing your face full of mushrooms all day long is the calorie content. No matter how healthy a portion of food might be, calories are still calories. A woman of average builds requires approximately two thousand calories a day, while a man of an average build requires closer to two and a half thousand calories.

Naturally, given the variation in size and species of mushroom, we can’t give exact numbers, but a medium-sized white mushroom will typically have around twenty-five calories in it. That means that for a man of average build, eating more than a hundred of these mushrooms in a day would exceed their caloric requirements, causing them to gain weight. This also assumes that man is not eating anything else but mushrooms during that day. For an average woman, that number drops to eighty mushrooms.

That being said, you would have bigger problems on your hands than a little weight loss if you were eating hundreds of mushrooms a day. We are all mostly aware of the importance of vitamins in our diet, but there is such a thing as too much vitamin intake. Sticking with our common white mushroom—the most popular mushroom in North America—this mushroom contains, on average, a little over two percent of our recommended daily vitamin D intake.

This means that, were you to eat the hundred hypothetical mushrooms in a day that we mentioned above, you would be consuming more than double your recommended daily intake of vitamin D. Now, while you would have to exceed that daily intake by excessive amounts for long periods to see serious consequences, there are consequences. Some of the side effects of vitamin D overdosing include;

When you factor in that you will also be getting vitamin D from other sources—again unless you eat only mushrooms—it is not difficult to envisage a scenario where a mushroom lover could continually overdose on vitamin D. This is likely not an issue for most people since a few small mushrooms a day is far more common, but for people who live and breath mushrooms, you should be aware of the nutritional content of your mushrooms and make sure you are not subjecting your body to excessive amounts of anything.

You don’t need to micromanage your nutritional intake, however. Your body can deal with a little excess vitamin here and there. It is only when you continually exceed your recommended intake by significant amounts that it becomes a problem.

What Happens if you Eat Mushrooms Every Day?

As per the last section, it is not the frequency with which you eat mushrooms but rather the quantity that can cause you problems in the long run. It is also worth remembering that every mushroom is different. It may be recommended to keep your white mushroom intake to less than fifty mushrooms a day due to the vitamin D content, but that doesn’t necessarily mean you can’t enjoy other mushrooms with a lower vitamin D content at the same time.

The key to any healthy diet is enough variety. The world of mushrooms is diverse, and there are plenty of options, both from a nutritional and a taste standpoint. Eating mushrooms every day is fine—even recommended—just don’t do it at the expense of other sources of food. 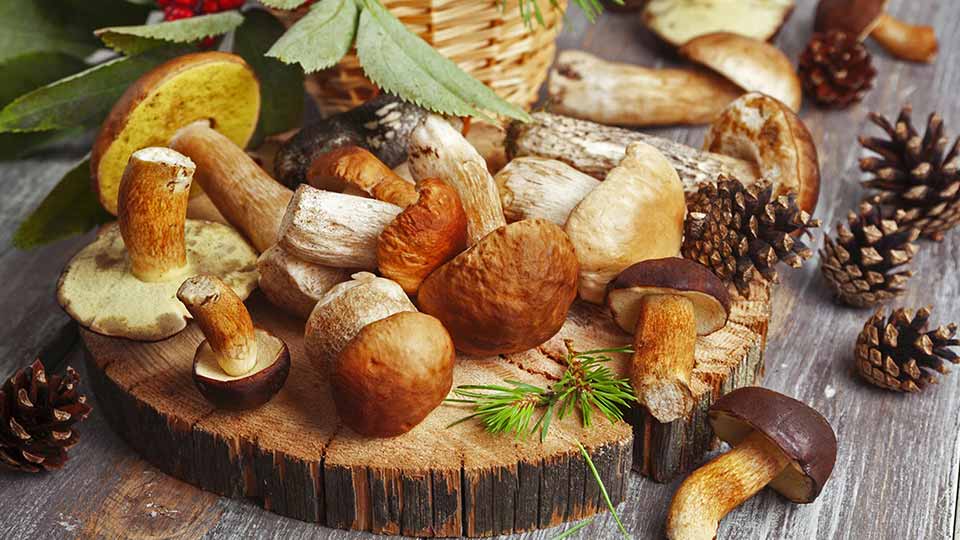 Are Mushrooms Hard to Digest?

In the grand scheme of things, mushrooms are indeed hard to digest, though some more than others. The consequences of eating things that are hard to digest include gut irritation and obstruction and can make for a generally unpleasant experience.

That being said, the fact that mushrooms are not the easiest thing in the world to digest does not make them unsuitable for consumption. Other foods that fall into this category include coconut, nuts, and raw vegetables, and few people would argue that those aren’t suitable for your consumption. As with all things, the key is moderation. If you eat nothing but hard to digest foods, you may find yourself in discomfort. However, if you spread these kinds of foods evenly throughout your diet along with foods that are better for digestion, you should be fine.

The exception to this rule is certain kinds of mushrooms that are largely inedible, such as Chaga. For a mushroom like that, the typical way of consuming it is as a tea after hot water extraction.

Eat too many mushrooms—like eating too much of anything—can cause you issues, ranging from minor gut irritation to serious consequences as a result of vitamin overdosing. You can also risk gaining weight if you overload your plate with fungal goodness—though you would have to go overboard to gain weight from mushrooms alone. You can also just burn yourself out on mushrooms, leading you to not want to eat them anymore.

As long as you are eating your mushrooms as part of a balanced diet and you are not excess-eating to the point of gluttony, it is unlikely that you would be able to cause yourself harm from your mushroom intake.

And, of course, if you’re in doubt, there is a wealth of nutritional information, both on what is in various foods and how much of those things you should be putting into your body. 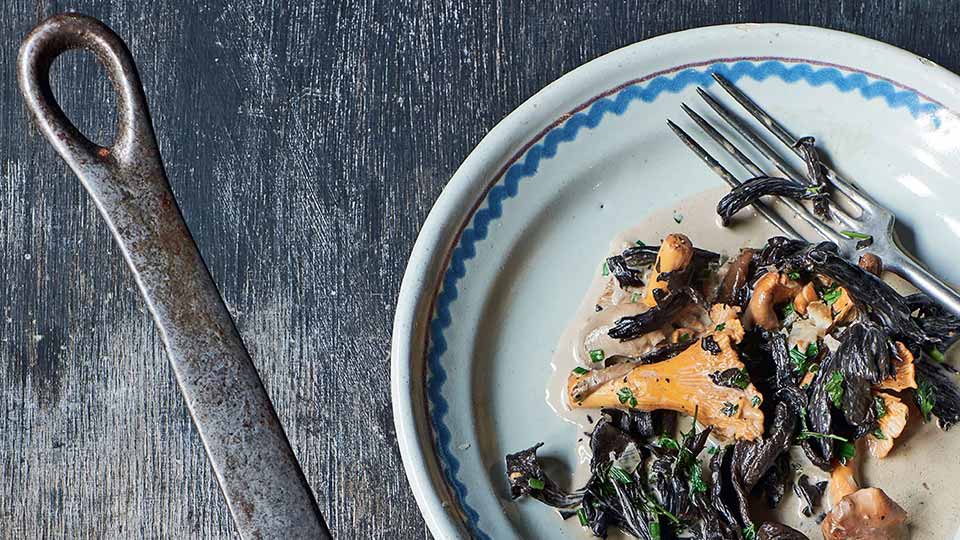