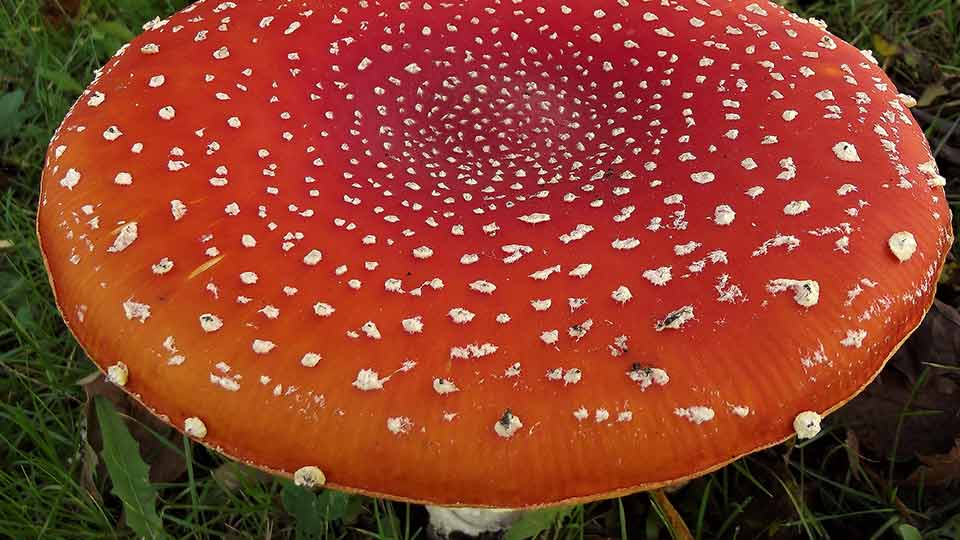 The fly agaric mushroom is a famous, fascinating, and toxic fungus if not prepared properly. Despite some of their toxic components, some animals feed on them. These animals include slugs, red squirrels, and fungus gnats. Fungus gnats lay their eggs on the mushroom, and once they hatch, the larvae eat the mushroom`s fruiting.

Fly agaric is among the most conspicuous in the fungus species, with its white stalk and eye-catching red cap appearing in video games, numerous stories, and even TV shows. It is mostly found in parks, woodlands, and areas with spread out trees. Naturally, it grows under birch trees, spruces, and pines. Their vibrant fruiting bodies are typically seen from late in summer to early winter.

Similar to most fungi, the visible parts are the mushrooms or their fruiting bodies. These shoot up from an unnoticed network of small filaments known as the Hyphae, and together they structure the mycelium. The fruiting bodies then produce the spores for reproduction. However, fungi can similarly reproduce asexually through fragmentation.

The fly agaric`s mycelium regularly develops a symbiotic relationship with the surrounding trees, enfolding in the roots area and providing them with nutrients sourced from the soil. In return, the mushrooms receive the sugars released by these trees. Usually, it grows in areas with acidic and sandy soil.

Also known as Amanita Muscaria, or Fly Amanita, these unique mushrooms feature a rounded or flat red cap, usually with scattered white spots and a white stalk, and underneath the cap are the gills.

The safest way to consume these mushrooms is by drying them, and then you can ingest or smoke them. How you dry them solely depends on how you plan to eat it; the process is slightly different depending on whether you intend to smoke or ingest it.

It would be best if you dried your fresh Fly agaric mushrooms to ensure that any toxic compounds are destroyed before consuming them. To dry them safely, put them on a cloth, then leave them in a dry and moisture-free place. Usually, the process takes a few weeks. To accelerate the process, you can cut the mushrooms into smaller pieces or place them in an oven and heat them at a maximum of 750 Celsius.

Once the drying process is completed, your mushrooms are safe to ingest. You can eat them after you get them out of the oven, or you can bake them, or even prepare them as tea. For the tea, you crush them into a powder or small pieces and then put them in boiling water. This obtains the psychoactive components from the fly agaric and into the boiling water.

Drying these mushrooms for smoking purposes is slightly different from drying them for eating. You need first to peel the gills` orange sludge and the red skin. After removing the skin, place it on the pan with the red part facing up. Put the mushrooms in an oven, set it at just under 750 Celsius, and regularly check them. In case of some air bubbles form, press the mushrooms down using a fork to guarantee the piece dries properly. When they are dry, you can crush them in a grinder and smoke them using a pipe or other means. 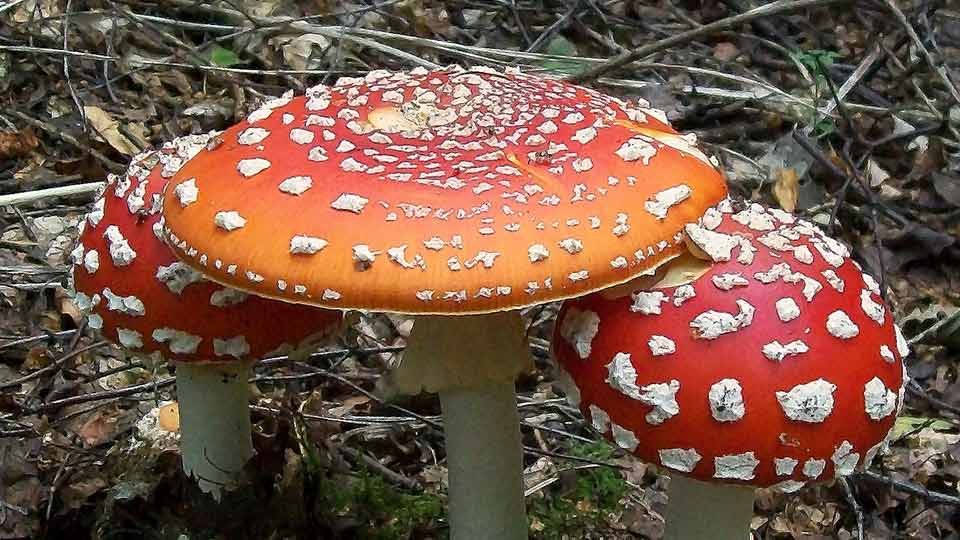 Fly Agaric mushrooms are full of nutrients that make it healthy to consume. Here are some of their uses and benefits;

· Fly agaric is used as a treatment for arthritis and sore throat.

· This mushroom`s dilution was used for issues associated with menopause and dealing with bladder cramps.

· A few drops can be poured beneath the tongue to boost short-term cognition.

· Fly agaric solution acts as a pain reliever for joint and back pain, body pain, and so on. It can also be smeared on external infections like skin conditions and nail fungus.

· The mycelium has antimicrobial properties

· Eliminates pain once you apply it to the area of pain

· Small amounts almost entirely stop Lyme disease symptoms – some people have come out to say that their pain from Lyme disease has completely disappeared over some time.

· It can reduce or completely stop depression in some individuals.

· Comes in handy in detoxifying the body

· Some studies show that fly agaric can assist in managing some illnesses and managing neurotoxins. 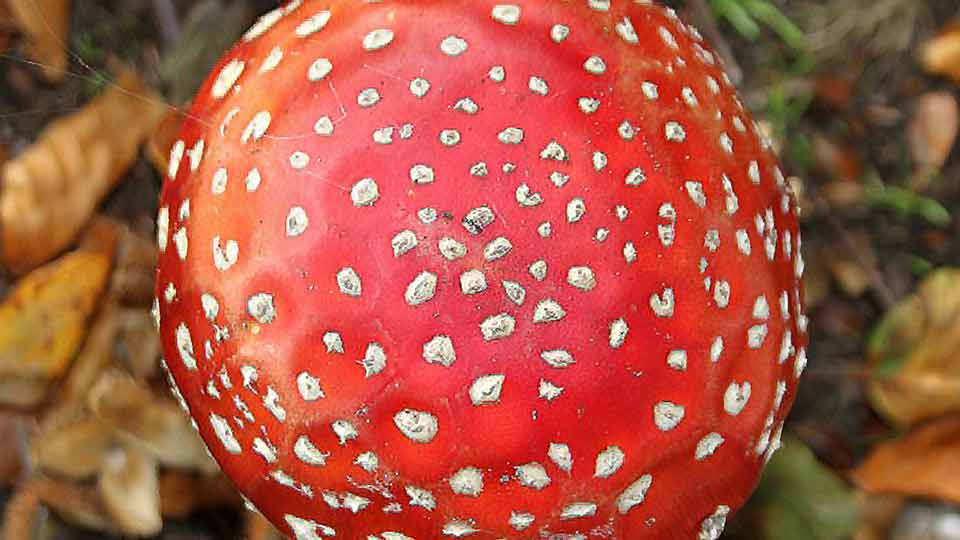 Like all mushrooms, misidentification can be risky, although Fly agaric`s unique look reduces this. The second risk is the wrong preparation, which leaves toxins behind, such as ibotenic acid.

Even though people appreciate the health benefits of consuming this mushroom, improper preparation can lead to severe kidney and liver damage. The side effects can include excess salivation, nausea, diarrhea, dilated pupils, excitability, excess perspiration, watering of the eyes, among others, due to muscarine and other poisonous alkaloids present. These side effects begin to kick in within several hours of consumption, and recovery happens within 12 hours.

Always ensure you prepare your agaric mushrooms correctly. The third risk is as a result of considerable differences in potency found in different mushrooms, specifically when harvested during the different seasons or regions.

Most severe fly agaric poisoning victims have been treated successfully with a blend of penicillin, thioctic acid, and glucose or bypassing their blood via a charcoal filter. You can avoid this by not eating mushrooms that have not yet been established as edible.

Fly Agaric mushroom is a beautiful mushroom with plenty of nutrients. On the other hand, you might suffer from mushroom toxicity if you do not prepare them well. Mushroom poisoning generally happens when one consumes mushrooms with toxins and mostly in the name of hunting for nontoxic ones. Mushrooms are the fruiting bodies for the different fungus evolving with plants over the years. They are distributed all over the world. There are no rules for identifying edible mushrooms. In over 90% of mushroom poisoning cases, it occurs due to misidentification. 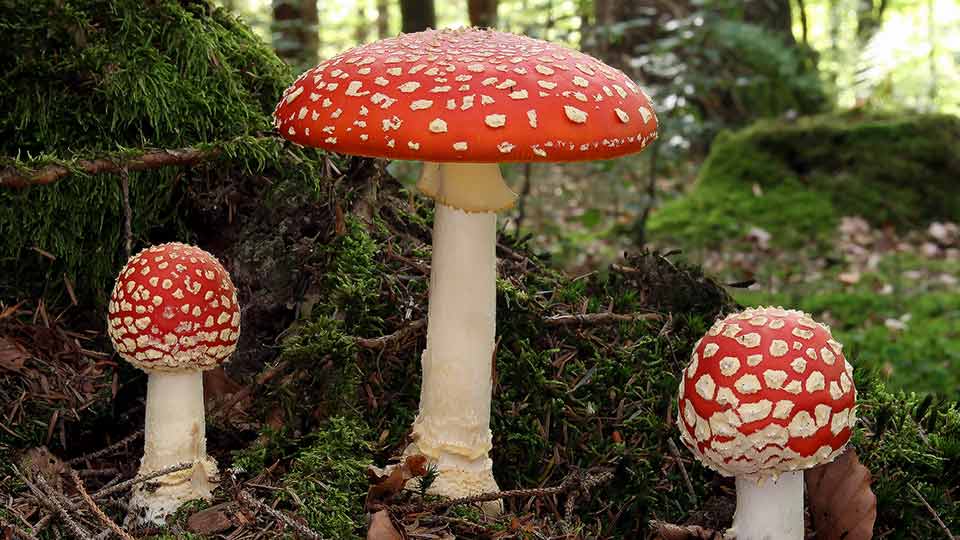