How to identify a Slippery Jack Mushroom 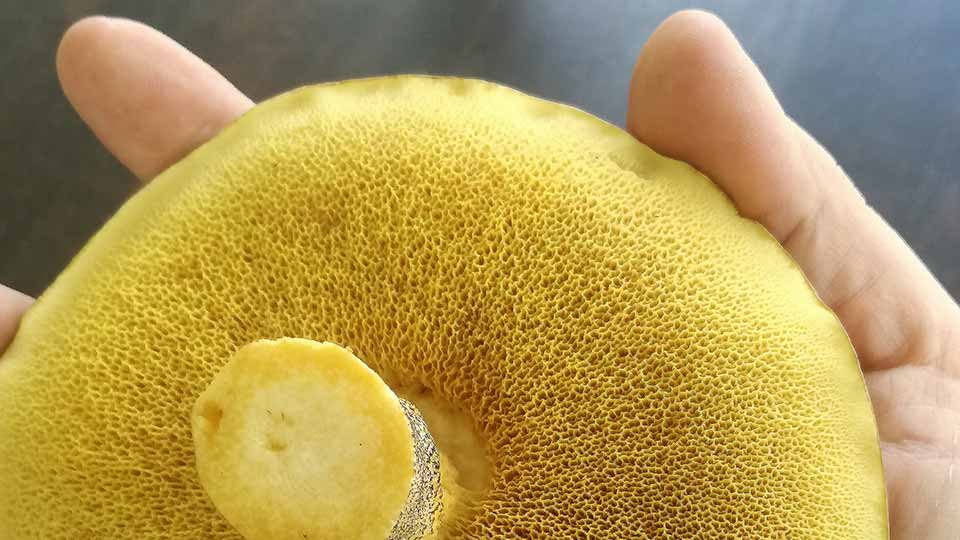 The Slippery Jack is considered wild a mushroom. This can make it hard to identify if you do not know much about the different kinds of mushrooms, mainly because there is a variety of the slippery Suillus out there of the Bolete family. There are very many ways in which you can identify the Slippery Jack Mushroom. Its identity is based on its physical characteristics such as its texture, color/spore print, cap, stem structure, gills, or lack of therein.

You can also identify the Slippery Jack Mushroom from its smell, taste, seasons of growth, and where they thrive most.

You can identify the Slippery Jack Mushroom by its texture. The slimy jack mushroom is viscid, meaning that this fungus is spongy when dry and slippery, slimy, and sticky when wet. The slimy skin can easily peal off.

The Slippery Jack has a nice taste. However, its smell is undefined and termed as odorless. Note that, when identifying a mushroom by its taste, you should use the tip of your tongue then immediately spit it out to avoid poisoning yourself in the process.

One of the distinguishing factors of mushrooms is the color. The cap of the Slippery Jack Mushroom appears as a light brown when growing. This color darkens into a darker glossy olive-brown color with granulated dot patterns slightly above the ring as the fruit fungi mature.

The base is covered with brown fibers.

The stem starts with a whitish color that gradually turns purplish as the mushroom matures.

The flesh is whitish-yellow

The spore print of the Slippery Jack is Ochraceous (light brown or yellowish) with small spores of about 1-2mm when fully matured.

The cap has a conical shape. The margins may, however, roll-up.

Instead of gills, the Slippery Jack has 3-7 mm tubes, which extend from under the cap. This leaves an irregular ring around the stem and some tubes hanging off the edge of the cap.

These tubes look like white veils. They have very tinny yellow pores that measure about 1-2 mm when fully mature. These tinny pores are the biggest tells when it comes to identifying the slippery jack.

The Slippery Jack comes into season at the end of summer and slightly into the beginning of the winter. Most people don’t know that they are usually underground attached to the roots of the trees. They only come up during the warm weather.

The Slippery Jack mainly thrives in pine and conifer forests around the world. They thrive best on conifers and pines, perennial woody plants that provide the perfect habitat and nutrients for the fungi.

As long as you have pine or conifer trees, you will continue to enjoy an unlimited supply of the Slippery Jack Mushroom. They enjoy a mycorrhizal and symbiotic relationship wherein the nutrients obtained from the trees, and the fungi help them obtain water and nutrients from the soil.

They like areas where there is shade, and little to no direct sunlight can reach them. 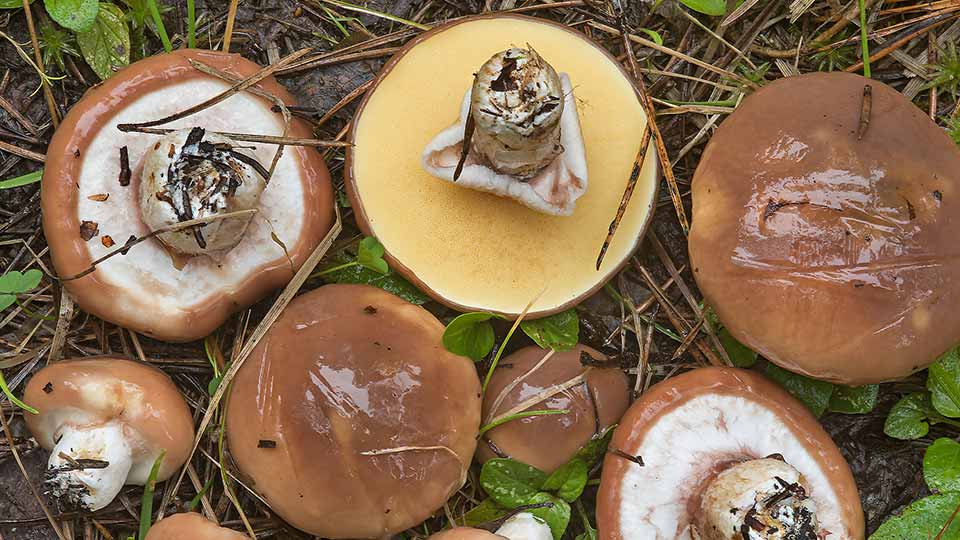 9. Measurements of the stem and the cap

The cap of the Slippery Jack measures at 5 to 10 cm, while its stem measures at 3cm and 10cm in length.

Usually, the Slippery Jack is found either alone or in a large cluster under shades to avoid direct sunlight.

The Slippery Jack can be identified by a large ring that encircles the stem covering the spore tubes. The ring does not move up and down. It is, however, very messy to the touch, given its sticky nature. Once the ring has dried, it falls off.

To identify any fungi out there, you need to know their physical attributes; otherwise, you are prone to make mistakes that can be dangerous and life-altering. Therefore, before taking up the adventurous journey in search of the Slippery Jack Mushroom, kindly take the time to read and understand all its physical characteristics. Research for clarification before you embark on the journey and not shy away from asking for clarity. 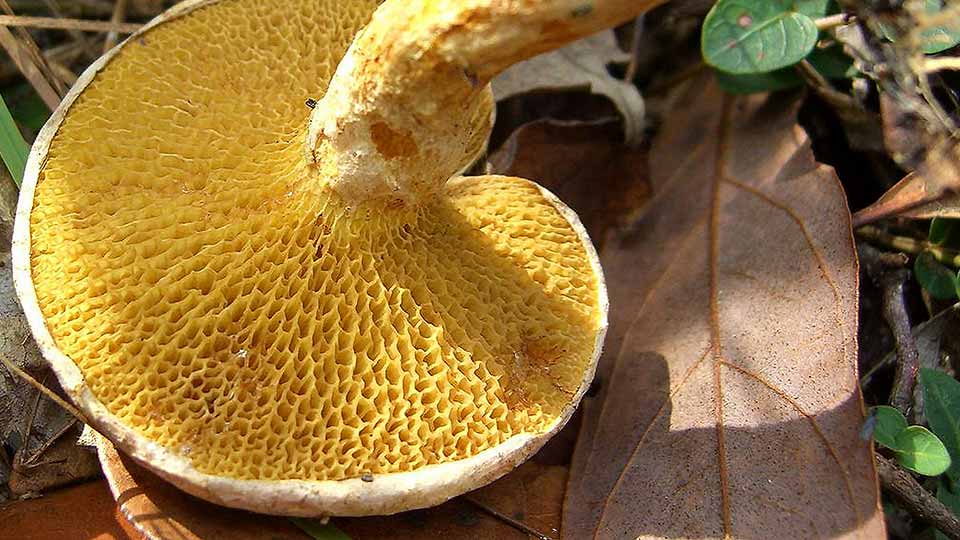