Can Mushroom Spores Grow In Your Lungs? 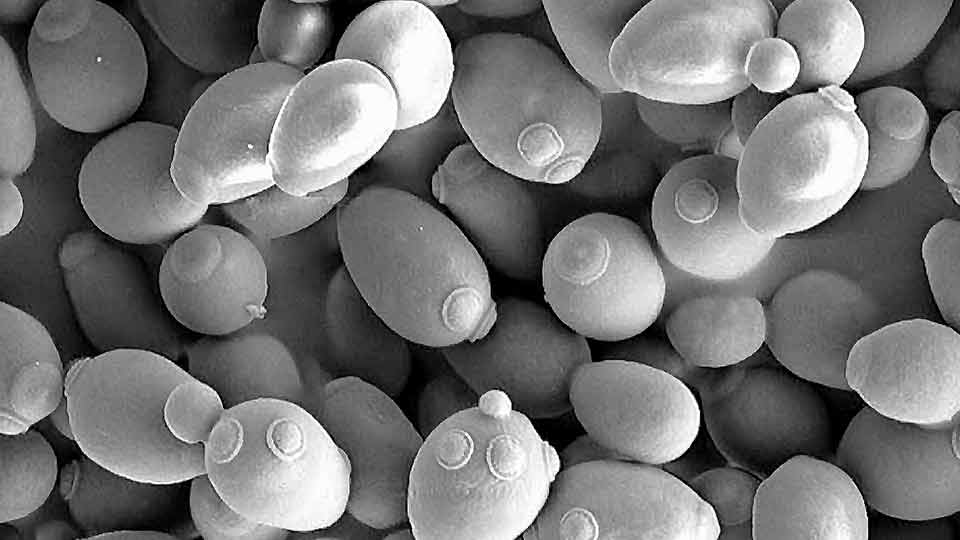 There are no mushrooms or fungi that can grow in your lungs as cordyceps mushrooms grow inside insects and caterpillars like the Yarsagumba Cordyceps. The humid and moist environment within the lungs may lead one to believe that this is possible, but such is not the case. Fungal spores on the other hand, when released by the trillions become airborne and if inhaled can cause respiratory problems as in the case of black mold spores. In some cases, the damage and adverse effects can be much worse than simply inhaling dust.

So don’t think that your lungs will, out of nowhere, start sprouting some enoki mushrooms. It’s not going to happen. However, fungal infection can affect your entire respiratory system if spores are inhaled in volume as eluded to above.

Considering how many spores and how small some species of fungi are, it’s most likely that you have a few species that exist on your skin or in your body without affecting you at all. But this statement is true only for people without a compromised immune system or autoimmune diseases.

Yet, even if you are perfectly healthy, there are several types of fungal infections that can attack your lungs.

Why edible mushrooms can’t grow in my lungs?

It’s all about that pesky evolution. The vast majority of multi-cell fungi like to use plants as their hosts, with only the members of the cordyceps family choosing to latch onto insects and worms. Your lungs may be damp and dark, but they are not a good growing environment for these species.

Though spores can still cause a problem when inhaled. Newborn babies, AIDS or chemo patients, older people, etc should avoid being exposed to the “live” mushrooms if possible since they are very likely to be exposed to the spores. This may trigger an allergic reaction or inflammation that their immune system is not equipped to take care of their own.

If you are worried about spores on your store-bought mushrooms, there’s probably no need to since they were jostled a lot before they got on the shelf and have probably shed all the spores some time ago. But to be on the safe side, throw away the mushroom brush, and either wash or wipe the shrooms with a damp cloth.

An average hobbyist gardener taking care of their private property will most likely be fine. But, if this is your livelihood, it may be a good idea to wear some PPE, especially if you are in a closed space without good ventilation.

As stated, fungi are all around and on us, and most of us end up living our lives just fine. Smokers, on the other hand, may have lowered their bodies’ natural ability to deal with fungal infections of any sort. They have also created an environment that is susceptible to inflammation as well.

If you are surrounded by lots of mushrooms, you may need to quit smoking and prevent unnecessary trips to the hospital. 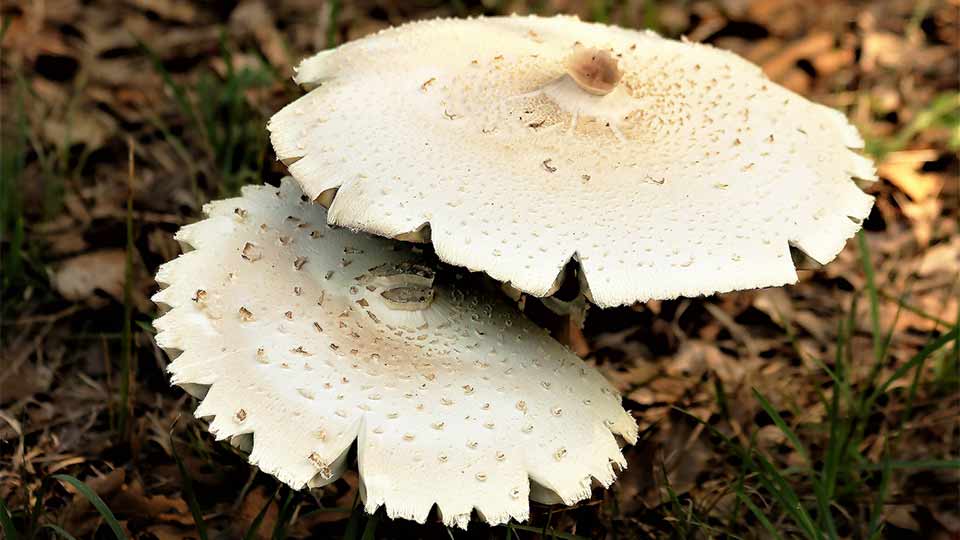 What fungi can affect my lungs?

In this case, it’s the small stuff that you should be sweating. How small? Less than 5 microns small. Anything from Aspergillus, Histoplasmosis, Blastomycosis, etc can cause serious lung disease.

Good news? Most of these guys are local. Some species you can find only in a certain area, or even a certain continent. You can check the map on the CDC’s website and see what you should watch out for in your region.

And don’t forget to do some homework if you are traveling abroad.

How serious are fungal lung infections?

Very serious, even life-threatening. Ideally, you want to treat it as early as possible because they could leave you with long-lasting consequences.

A lot of respiratory fungal infections can be confused for flu – coughing, fever, lethargy, tiredness, achy joints, etc. But you may also experience shortness of breath, and expel more mucus. In severe cases, you may even cough up blood.

If you may be exposed to spores due to your job, lifestyle, or general geographical location, it’s best to seek medical attention once the early signs appear. 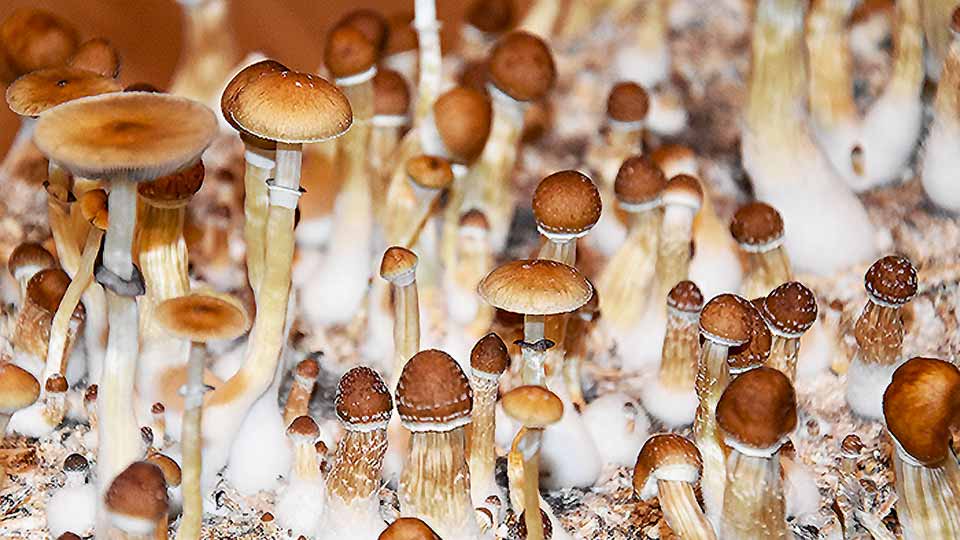 How can I get a lung fungal infection?

By inhaling even a small amount of spores, obviously. Pretty much, you can be exposed to them when you’re traveling or even where you live. You can also catch them from your pets or do a lot of yard work and gardening.

But if you never had any issues even with everything above combined, you may succumb to infection once your immune system is compromised. It doesn’t take going to chemo or having an organ transplant – just an illness that requires a round of antibiotics may leave you more vulnerable than before.

No run of the mill antibiotic here, you will need to get on some specialized anti-fungal drugs. Maybe even a cocktail of them. Some of the meds Americans have access to are voriconazole, isavuconazole, itraconazole, posaconazole, amphotericin B, etc.

None of these are available over the counter, Fungal infections are very serious and they should be treated under the strict supervision of a doctor. 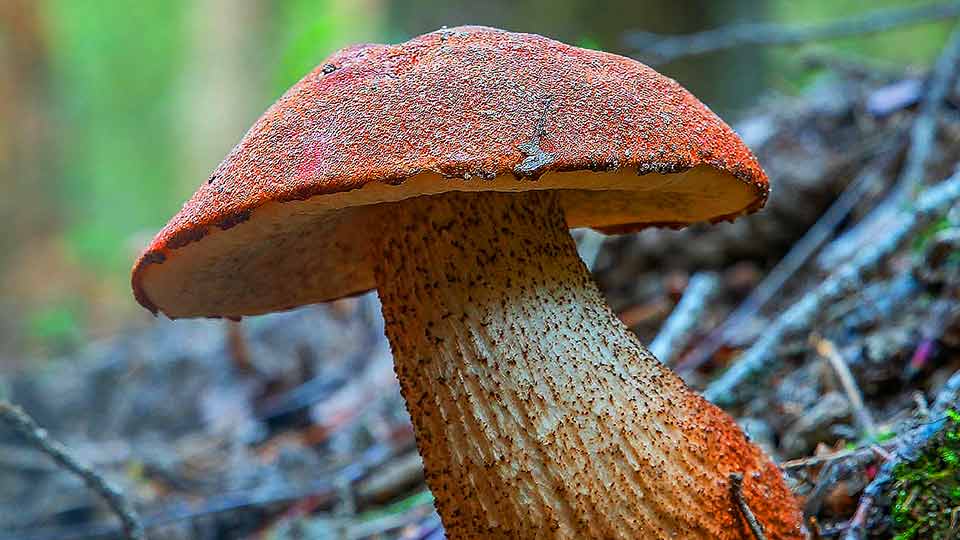