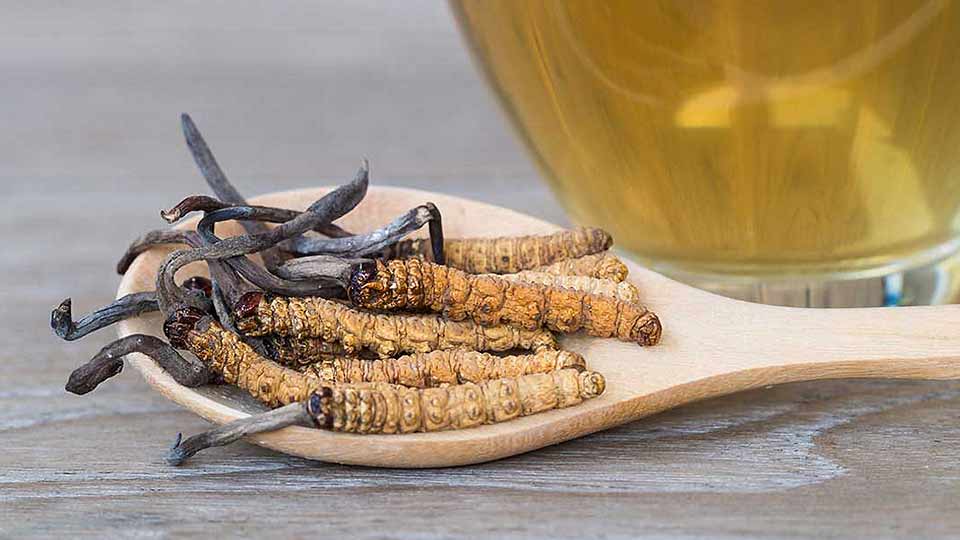 Yarsagumba, known in the western world as the Caterpillar Fungus, is a highly sought after fungus for a range of health benefits. So sought after, in fact, that it sells for tens of thousands of dollars per pound and is responsible for a significant portion of the local economies in the region in which it grows. We’ll go into more detail about this remarkable fungus below, but regarding the question that brought you here.

To understand the complex nature of this fungus and its suitability for vegans and vegetarians, it will help first to understand how the fungus grows.

What is Yarsagumba? And How Does it Grow?

Yarsagumba is one of the names for a species of Cordyceps—a genus of fungus—that is parasitic in nature. Specifically, the spores of this fungus infect ghost moth larvae, using the host larvae to grow and killing it in the process.

The fungus takes control of the host’s body, forcing it to take up a vertical position just below the surface of the soil. The larvae remains there, dying in the process, while the fungus consumes it from the inside. When it is ready, it sprouts a fruiting body from the head of the caterpillar, which then pokes out above the surface, spreading its spores to continue the lifecycle.

Why is Yarsagumba Sought After?

For centuries, Yarsagumba has been a staple medicinal fungus for a range of things, from relieving stress and exhaustion to strengthening the immune system, and much much more. It is even considered to be a potent aphrodisiac, which explains a lot of its appeal throughout history.

It’s immense value to weight ratio stems from the fact that it is extremely rare. Though recent efforts to cultivate the fungus have found success, it has historically only been available in the wild, which means the thriving market for the fungus relied on people going out and picking the fungus by hand.

Given that the only region in the world the fungus is known to grow in is the Tibetan Plateaux in the Himalayan Mountains, this presents an understandable bottleneck in the supply part of this particular supply and demand. This is also why the fungus is so crucial to the local economies, with around 50,000 people heading out to pick the fungus during the 2010 picking season.

As with most things in life, this issue is not as clear cut as it might first seem. For one thing, we mentioned that there has historically been no cultivation of the fungus. That is changing, with efforts to cultivate the fungus finding increasing success, and some of those efforts are succeeding without the need for a living host.

The traditional form of Yarsagumba, however, includes the larvae or caterpillar that the fungus was parasite to, which is often consumed with the fungus. Consuming an insect poses a problem for vegans and vegetarians alike; however, the fruiting body—the part that pokes up above the ground—can be removed from the caterpillar and consumed separately. This is also considered to be the most potent part of the fungus, so you would not be losing too much in the way of benefits by only consuming this part.

That should be enough for most vegetarians, as the rule for vegetarians is simply not to eat animals. However, this is where things start to get a little more complicated for vegans.

Veganism is not a diet, but a lifestyle choice, and one that dictates that vegans will not consume (in both an eating and a capitalist sense) any product that required animal exploitation to make. That is why vegans will not wear leather shoes, for instance, or consume honey even though bees are not harmed in the process of making it.

For vegans, the fact that the caterpillar has been removed from the fungus that they are eating does not erase the fact that a living creature died so that the fungus could grow. But wait, it gets messier. Veganism doesn’t typically seek to change the natural order of things, something that, it can be argued, humankind does with their mass-consumption of meat. In other words, vegans may want to stop animal exploitation in our own food chains, but they don’t typically harbor dreams of preventing lions from eating deer or frogs from eating flies.

The death of the caterpillar in the growth cycle of Yarsagumba, while a little gruesome, is perfectly natural. It would be happening whether or not people were picking the fungus in large quantities. And, given that cultivation has been off the table for most of the time humans have been consuming Yarsagumba, it can’t even be said that the suffering of the larvae and caterpillars has increased because of humans.

Of course, vegans (and vegetarians) will still want to avoid eating the caterpillar itself, but it poses a more complex dilemma for vegans over whether the fruiting body itself is fair game. 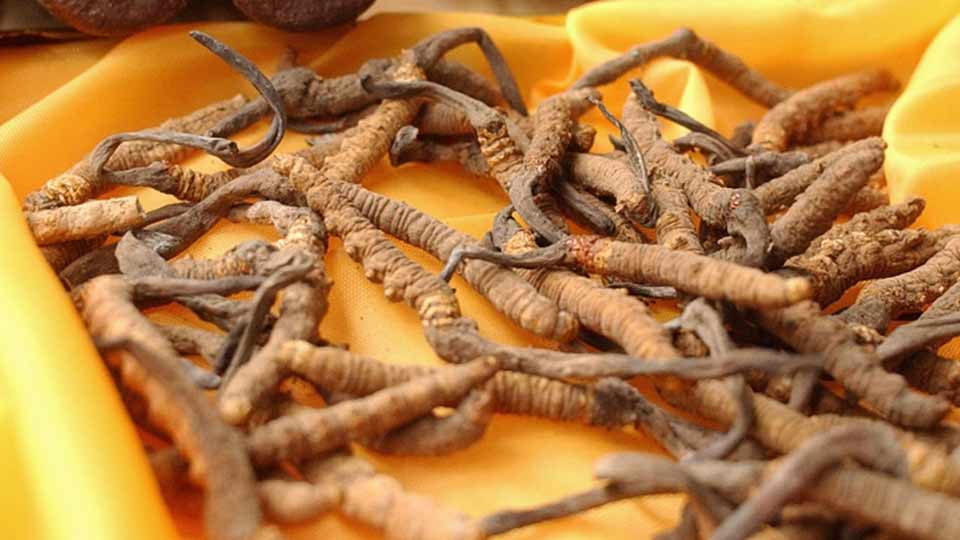 So what of the strides in cultivation we mentioned above? In this area, at least, things get a little more clear cut for vegans, in theory, if not in practice. Vegans often find themselves having to trace down a full history of the products they want to buy. Vegetables should be a clear green light on the vegan menu, but some vegetarians are grown using animal-based pesticides, and that is a bridge too far for many vegans.

Here we have two clear cut vegan choices. The substrate-grown Yarsagumba did not involve the exploitation of any creatures and so should be fine for vegan consumption. The other method, while only mimicking what happens in nature, did involve the exploitation of a creature. And, worse still, the creature’s death occurred because of humans putting it in with the fungus.

Finding out which method of cultivation a Yarsagumba grower uses could go a long way to solving your vegan dilemma—if it is the latter method involved living caterpillars, it is a definite no for the vegan menu booklet.

Of course, nothing is ever that simple. It is also the case that some of the growers using the substrate-only method actually mix in ground-up larvae to encourage the fungus to grow. Naturally, this throws the whole vegan dilemma back into the light. 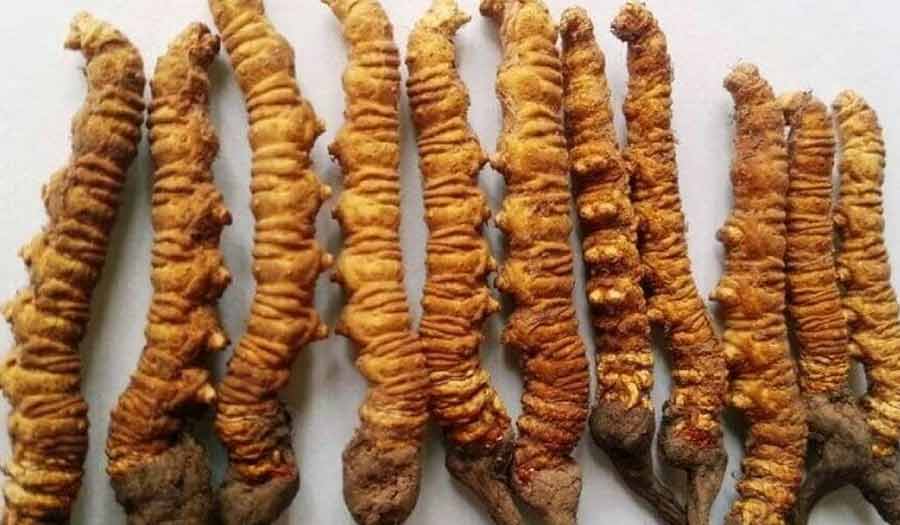 So, we’ve laid out the facts about how Yarsagumba is grown and why vegans might not be allowed to eat it, but there is a matter of practicality. Veganism is not a black and white rule of law but a lifestyle choice with a certain amount of room for interpretation.

As popular as veganism is becoming, there is no doubt that it is by far a minority lifestyle, and that poses many challenges for veganism. The sheer number of products that are made with the benefit of animal exploitation can, at times, make it very difficult to be vegan, and because of this fact, there is a certain amount of flexibility to be exercised.

Now, granted, very few vegans would deem the occasional eating of a steak or chicken wing as an acceptable expression of that flexibility. But, with regards to the animal-based pesticide we mentioned above, some vegans deems that beyond the realms of practical veganism, especially since it can be very difficult to find out these kinds of details from the consumer side of things.

Another example is commercial beekeeping, which is often used in the mass-cultivation of certain fruits. The bees themselves are performing their natural function and are not harmed or killed, but their behavior is being exploited to pollinate the plants being grown. Again, some vegans deem avoiding products that benefit from commercial beekeeping to be beyond the realms of practical veganism.

All of this is a roundabout way of saying that whether or not eating Yarsagumba is acceptable to any given vegan is a personal decision that they will have to make. 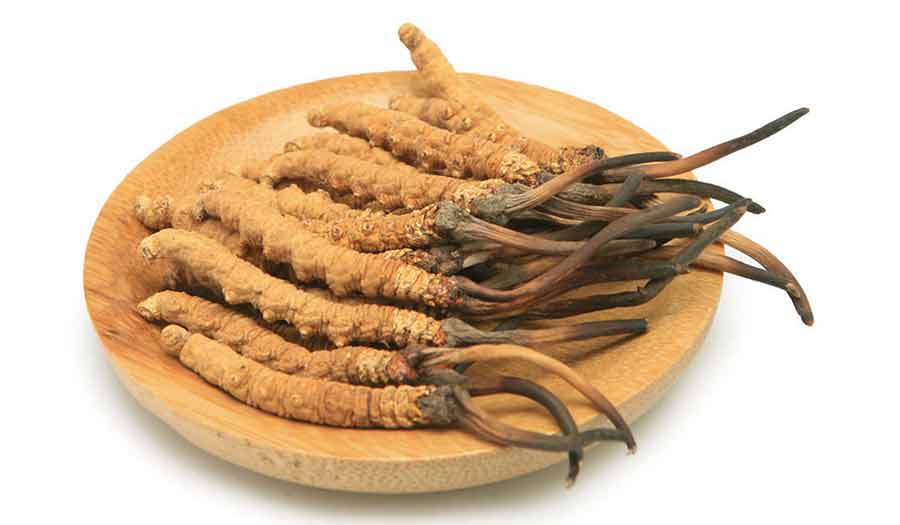 For vegetarians, as long as you are not eating the caterpillar that the fungus grew out of, you should be fine to consume Yarsagumba. For vegans, it largely depends on you. If you are a hardline vegan who will not consume any product that has—or might have—benefitted from animal exploitation, there are very few circumstances in which Yarsagumba would meet your standards.

For vegans with a degree of flexibility in this respect, we would expect that eating the fruiting body part of Yarsagumba picked in the wild, or cultivated Yarsagumba that was grown without live hosts, should be fine. 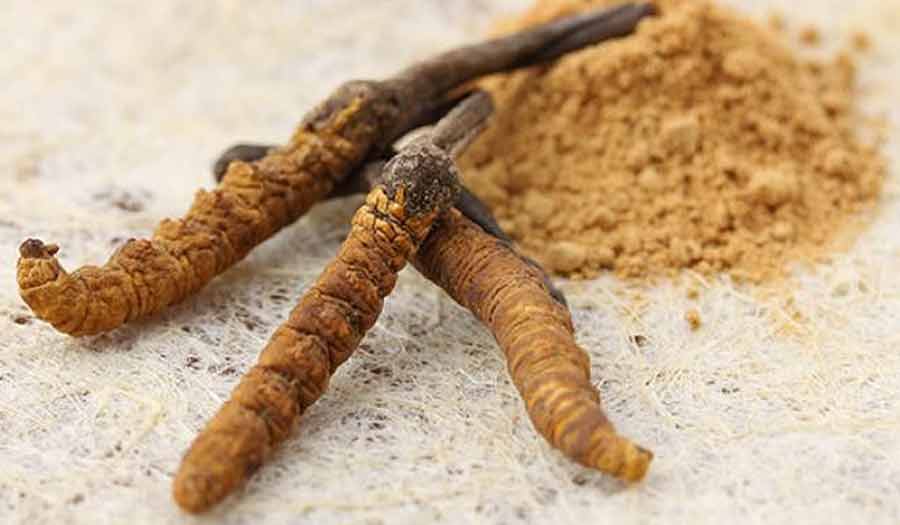